#191 Biodiversity in the boardroom 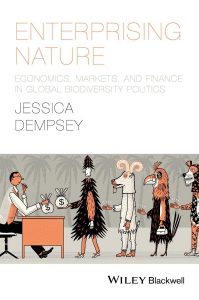 In Enterprising Nature: Economics, Markets, and Finance in Global Biodiversity Politics, UBC geographer Jessica Dempsey considers the problem of biodiversity loss in the modern world and the range of economic and political strategies available to protect global biodiversity.

Dempsey considers ways to “enterprise nature” — to find and unleash capital in the cause of the environment, to create alliances between business and environmental groups, and to design favourable regulatory conditions to prevent destructive development.

From Spruce Grove, Alberta, Jessica Dempsey has lived in B.C. since 1998. She did her undergraduate work at the University of Victoria and her graduate work at UBC – Ed.

Enterprising nature is a grounded and detailed account of contemporary global biodiversity politics. Organized around a careful unpacking of its titular concept — enterprising nature — the book tracks the rise of a new mantra in conservation: “to make live, one must make economic.”

Jessica Dempsey takes us deep into the multi-sited emergence of this mantra: into boardrooms, conferences, university classrooms, and biodiversity conventions in places like Nairobi, London, Nagoya, and Curitiba. Along the way, she introduces us to a multi-disciplinary taxonomy of key figures in biodiversity politics, human and not, from economists to biologists to whooping cranes.

The result is an empirically rich story about the rapid rise of economic logics in biodiversity politics — about the production of a “nature that … can compete not only in the marketplace but also in modern state governance” (p. 3). 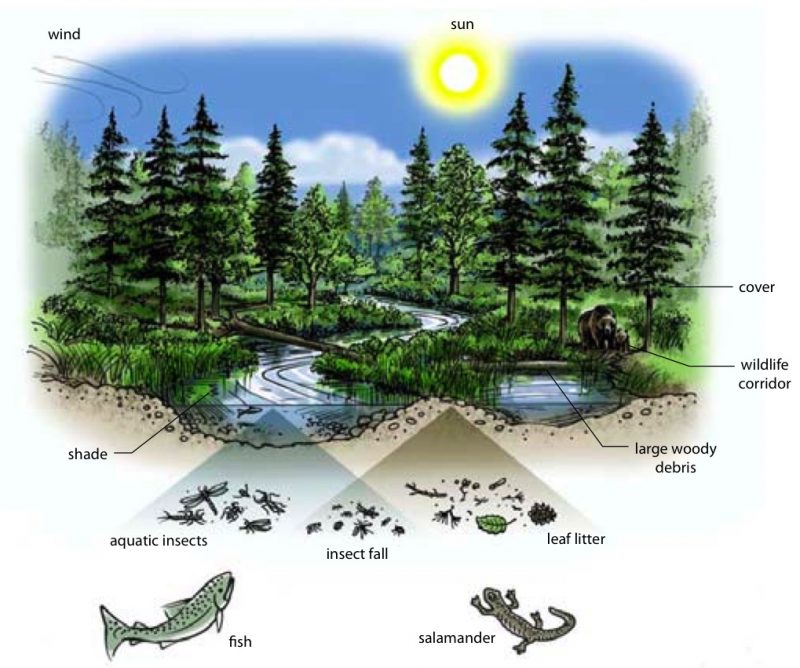 Dempsey writes knowledgably about the calculative devices, models, and disciplinary apparatuses used to tether ecological data and economic value. She translates well between the scientific and the social-scientific, rendering more accessible the opaque world of ecological-economics.

But Enterprising Nature is also a story about waiting, about challenges and contradictions. Dempsey’s research is “dogged by the question of how a conservation approach that is so in line with mainstream political-economic logics can be so difficult to implement, even in watered down, pragmatic form” (p. 234).

Enterprising nature, Dempsey shows, “exists in an entirely paradoxical situation” (p. 233). Although conceptually dominant in biodiversity politics, it remains substantively marginal in practice, promissory in its effects, and on the outside of flows of goods, commodities, and decision-making. Biodiversity markets, for example, remain small. Destructive development continues apace.

This paradoxical situation, Dempsey argues, is in part a problem of biological diversity itself. Nature, it seems, is very difficult to enterprise. But it is also a problem of capitalism. Profit and power structures require as external that which enterprising nature seeks to internalize.

Keenly critical, Dempsey’s engagement with environmental economics is also generous. She doesn’t want to abandon the project of enterprising nature wholesale. Ecosystem service science and its models, she writes, have the potential to reveal the uneven distribution of ecological changes, and could thus be called upon to hold uneven power relations to account. In a practical sense, she suggests, putting a price tag on a particular ecosystem service could be a powerful tool for a community fighting development on their lands or territories.

It is in thinking how this political-economic-ecological strategy might be remade that Dempsey reveals the political contribution of her analysis. Drawing on her work in the “Abundant Futures Manifesto” with collaborators Juanita Sundberg and Rosemary Collard, Dempsey envisions a “new pragmatic politics” (p. 237) of “strange and unkempt alliances” (p. 121): between NGOs and social movements, ecologists and farmers’ rights advocates, economic modellers and those already defending diverse, abundant futures.

She points toward the climate justice movement as a growing international solidarity movement engaged in this kind of work — work that is challenging, but no more utopian (maybe even less so?) than the project of enterprising nature.

Substantively, Enterprising Nature is focused in its subject matter. It contributes to debates around environmentalism and conservation in a neoliberal era, with particular attention paid to the making of these debates at the international scale.

Dempsey’s longstanding involvement in global biodiversity politics as a scholar and activist informs an admirable empirical rigour. Those working and thinking in political ecology will do well to read her book.

Methodologically, Dempsey models an approach to academic scholarship that is critical, nuanced, and politically engaged. In this regard, this book stands to travel outside its disciplinary limits.

Enterprising Nature also speaks to key approaches in feminist political economy — most notably a commitment to uncover the immense amount of work required to sustain those things that appear as universals and givens: nature and capitalism, for example, but also, importantly, pragmatism and utopianism.

Juliane Collard is Ph.D. candidate in the geography department at the University of British Columbia. Originally from Vancouver Island, Juliane did her undergraduate work at the University of Victoria before heading to UBC for her MA. Her interests lie at the intersection of feminist, economic, and health geographies, with a particular focus on how life is understood, governed, and manipulated in assisted reproduction and reproductive medicine.