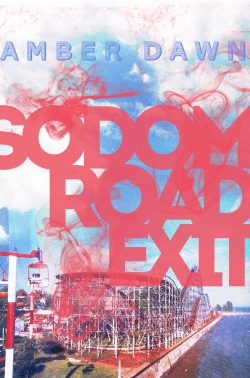 There is a moment in Amber Dawn’s Sodom Road Exit when a character reads a letter that she is so certain is a breakup letter, that it becomes one. The words on the page, the love and affection they express, are lost in the deceptive certainty of her expectations. This speaks to how our self-view, built from past experiences, can blind us to the opportunities presented by our future.

The character is the story’s protagonist, Starla Mia Martin, known as Star, whose expectation of being let down by someone she loves is far from unfounded. Star’s life has been full of trauma, and much but not all of it has been self-inflicted. Her past cries out to her, and as she addresses those cries, Sodom Road Exit — which begins as a character drama — becomes a ghost story. It is a testament to Amber Dawn’s skill as a writer that this unexpected transition does not seem forced and follows a logic that never separates the reader from the reality created within the story. And it helps that this not a ghost story in the traditional sense. The horror is not one meant to scare us, but rather to highlight the tragedy found when the past is allowed to control a person’s life.

We meet Star as she is landing on rock bottom. Living in Toronto sometime in the early 1990s, she has used the big city to indulge her appetites, both sexual and material, to the point where they have become unhealthy. Crushed beneath credit card debt and student loans, and engaged in sexual encounters that are depressingly heartless, Star receives a call from her mother who, having heard from Star’s debt collectors, convinces Star to return home.

Home is the small resort town, Crystal Beach, a few hours from Toronto. Crystal Beach was once home to a fantastic amusement park, drawing in crowds from all over the region and neighbouring American states. However, the amusement park closed earlier in the year and the town, without the normal influx of summer crowds and their money, is in slow decay.

The inhabitants of resort towns have an odd mystery to them: who lives in places that are only meant to be visited? The characters suggest that Crystal Beach possesses a kind of gravity that continually draws residents in and never truly lets them go.

Indeed, Star’s earlier decision to move to Toronto, and her lifestyle while she was there, suggest a need to escape Crystal Beach; but a few years later she is back and forced to confront the reasons she left.

Paradoxically, her mother Barbara, the very reason Star came back, is also one of the primary reasons she left. Barbara, we see from the moment she arrives in the story, is a narcissist. She helps Star through tough times because she loves her, but also because she is horrified by how her lifestyle reflects on her as a parent. Their relationship is fraught with tension and conflict, the consequence of old and deep wounds born of events from Star’s childhood. Both characters desperately want to heal these wounds, but both understand the near-impossible concessions that reconciliation would require.

Smartly, Amber Dawn does not get mired in resolving the mother and daughter relationship because this is not a story about a single relationship, but about many relationships. As she tries to rebuild her life, Star’s connection with her mother is merely one brick of that rebuild.

I found it easy to be drawn into Star’s life. She has the fortitude of a survivor; she has to overcome both the damage others have inflicted on her and the consequences of her own bad decisions. She is intelligent and blessed with the sort of charisma that, for better or worse, draws people into her wake.

Star soon finds most of the people who will factor in her story by taking a job as the nightshift manager at a campground and RV park called The Point, run by Rose, an older woman of Italian descent, with whom Star immediately develops a strong mother-daughter bond. Rose, who recently lost her son, needs someone to talk to as much as a manager.

At The Point, Star meets an unhappy family whose problems she makes her own. Bobby and Hal, wife and husband, are continually fighting and on the verge of marital disaster. Every problem is exacerbated by Hal’s drinking and his resentment of his wife and life. Their son, Lucky, quickly becomes, to Star, a symbol of her own lost innocence. Star involves herself in Bobby and Hal’s life, partly because she thinks she can help them and partly to ignore her own issues: you don’t have to fix your own life when you are busy fixing others’ problems.

Star’s life in Crystal Beach orbits around two women who become the centre of Star’s life.

The first is Tamara, a beautiful and intelligent young woman with whom Star went to high school. Star meets her while visiting a strip club where Tamara works. An immediate attraction develops between the two, and soon they are dating and playing house. Star is both comforted and fearful of Tamara; she knows that she feels good when Tamara is around, but the wounds from Star’s past arise and poison the affection she feels for her. Star’s self-perception dictates her actions: she struggles with a corrupting belief that she does not deserve Tamara. That Tamara almost certainly disagrees with this sentiment barely factors into Star’s self-sabotaging considerations.

The second relationship is with Etta, the ghost in the story. Etta’s lifestyle during the amusement park’s heyday in the 1930s resembled how Star lived in Toronto. The life of the party, Etta lived her life as she chose with the attention and affection of many men and women. How she met Star and began to haunt her seem somewhat contrived and irrelevant given the impact the two would have on each other.

Ghosts can be the embodiment of past trauma, issues from our past that we have not reconciled and that can tear our lives apart if we can’t resolve and come to terms with them. Etta begins to have a destructive influence on Star’s life. Her motives are not malicious; she and Star share affection and admiration for one another. Etta simply wants to feel alive again, a feeling Star sympathizes with.

Despite their affection, their relationship quickly becomes parasitic. They feed off each other’s energy in a troubling and unhealthy manner. During fits of passion and intensity, Etta possesses Star and entangles her in a pseudo-sexual relationship which, while empowering Star in some ways, also drains her vitality. She begins to faint at odd times and lose weight while falling away from her healthy relationships and building new ones based on lies. As this happens, Etta grows stronger, slowly wrestles control from Star, and affects the lives of people Star loved and cared for. By using Etta in this way, Dawn creates the perfect analogy for the destructive capacity of unhealthy habits. Anyone who has ever felt their life begin to spiral out of control due to a lifestyle of excess, or seen this in others, will recognize Star’s ailments as signposts on the road to disaster.

Star struggles between finding a future with Tamara or giving in to her past and losing herself in Etta. Star must consider her perception of herself and what she deserves, while also respecting the relationships she has built since returning to Crystal Beach.

Sodom Road Exit ends, not with redemption or disaster, but with acceptance. Dawn does not oversimplify Star’s process of pulling herself out of a self-imposed hell. She treats the situation with the respect and gravity it deserves. We recognize that as much as Star wants a good life for herself and healthy relationships with others, she is still willing, and even driven, to sabotage her own efforts to create those things.

However, unlike the relationships she built in Toronto, which were based on the illusion of good times while allowing her to descend to a terrible place, her Crystal Beach relationships have strong foundations. This time, the people who inhabit her life do not stand idly by while she tries to destroy herself. Dawn paints a picture of reconciliation — a process requiring not only acceptance of our past but also of help from the people who care about us.

Ben Matthews worked as a consultant in heavy industry for over a decade, writing reports for his clients — who always read and seemed to appreciate them. Despite his prowess in report-writing, eventually he decided it was time for a change and went to university to pursue a degree in something unconnected with heavy industry. He now lives in Kamloops where he attends Thompson Rivers University. He still does consultant work in the summers to perfect his report-writing skills and pay the bills. 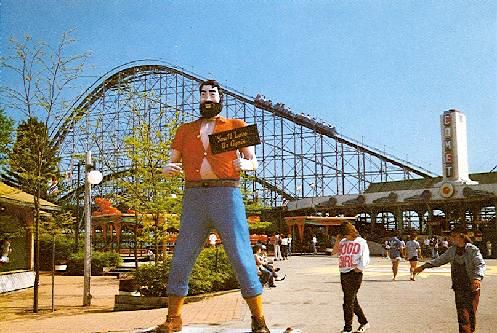