How Churchill Waged War: The Most Challenging Decisions of the Second World War
by Allen Packwood

Each new book about Winston Churchill inevitably faces the question of whether it is really necessary, since there have already been so many. Yet if we wonder whether it is worth opening another one today, it almost as though Churchill himself might have decided not to open a new bottle of champagne because he had opened one yesterday. Even for connoisseurs, then, the real test is whether the new offering proves refreshing, because it is the real thing, with the right provenance, fresh on the palate and with a satisfying after-taste.

Allen Packwood has served us all well in this respect, not least because — to extend the metaphor — he is not just some sommelier assuring us that this is an amusing little wine but because he has the authority of being the cellarman who knows where the best vintages have been put down for posterity. To put this more prosaically, he is the Director of the Churchill Archives Centre, where the great man’s own papers have long formed the core of a vast collection of documents that brings scholars from all over the world — not least from Canada — in quest of the original sources for so much of what we need to know in placing Churchill’s own career in its full historical context.

Packwood’s scholarship is impeccable in documenting the story that he tells, rooting his conclusions in the impressive range of sources that he cites, often (but not always) from the Churchill Archives Centre. No sycophant, the author poses searching questions about Churchill’s leadership in the Second World War, in particular about his decision-making. This focuses our attention less on the memorable rhetoric in which Churchill conveyed his general objectives than on the prosaic detail of arguments in committees, on the executive orders on policy options, and on the brute facts on the ground that marked the conduct of war operations. But Packwood is not a bureaucratic spoilsport who wants to take the thrill out of the story by submerging us in administrative minutiae: instead he fully appreciates the way in which Churchill’s mastery of words was deployed (in Edward Murrow’s phrase) to mobilise the English language and send it into battle. In short, we have here a revealing explanation of how the conjuror performed some of his tricks.

This is not just the Prime Minister but the Minister of Defence in action. Churchill’s decision to combine the two roles was an early indication of how he intended to control the war machine. Another early decision, soon after he came to power, showed what he could do within this structure of power. This was the painful operation conducted in July 1940 to destroy the French fleet at Oran in North Africa rather than risk it falling under the control of the invading German forces that had now occupied mainland France. Some of the episodes covered by Packwood confirm old stereotypes: yes, Churchill explicitly favoured bellicose commanders, and no, we can’t really take his words to the House of Commons in 1942 at face value when he said of his relations with his generals: “The less one interferes the better ” (p. 138).

Here is a leader who was sometimes wrong in his strategic forecast of the world war. In April 1941 he wrote in a directive: “Japan is unlikely to enter the war.” Before the end of that year, the Japanese attack upon Pearl Harbor changed everything in Asia, bringing the welcome entry into the war of the United States but also the worrying prospect of a Japanese threat to Britain’s great base at Singapore. Here, Packwood shows us, Churchill’s decisions rested on an insecure assumption that Singapore was a “fortress,” whereas it seems clear enough in hindsight that it was indefensible. Churchill’s judgment was far from infallible, as we can see well enough today.

But is this a fair perspective? When Packwood turns to the decisions that Churchill had to make in 1942, changing his generals in staving off another potential defeat in the North African desert, the author reminds us that hindsight too can provide a misleading perspective — “that is not how it appeared at the time, to either Churchill or Auchinleck” (p. 145). Auchinleck was the unlucky general who was sacked. Churchill — with perhaps better luck, and certainly with a more charismatic general when he appointed Montgomery — lived to tell the tale. And of course it is the story as told in Churchill’s own six volumes The Second World War that Packwood has to question, and to modify, and even to challenge on occasion — yet without any spirit of simply debunking the great man.

The book concludes with a well-chosen quotation from what Churchill told the House of Commons after his return from the Yalta conference in February 1945. “Now we enter into a world of imponderables, and at every stage opportunities for self-questioning arise,” he cautioned. “It is a mistake to look too far ahead. Only one link in the chain of destiny can be handled at a time” (p. 260). Allen Packwood’s patient examination of some of those links helps us to understand Churchill’s war leadership much better.

Peter Clarke was formerly a professor of modern history and Master of Trinity Hall at Cambridge University. He has been a contributor to the Times Literary Supplement, the London Review of Books and the Financial Times. His books include Mr Churchill’s Profession (2012), Keynes: The Twentieth Century’s Most Influential Economist (2009), The Last Thousand Days of the British Empire (2007), and the acclaimed final volume of the Penguin History of Britain, Hope and Glory, Britain 1900-2000 (2004). He lives with his wife, the Canadian writer Maria Tippett, in Cambridge, England, and Pender Island, British Columbia. 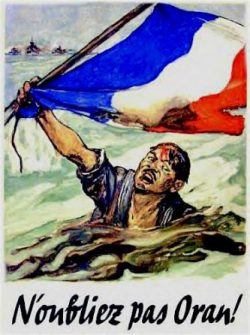