All Together Healthy: A Canadian Wellness Revolution

Governments in Canada, argues Andrew MacLeod, choose to prioritize spending on medical care, which is akin to treating the symptom and not the disease. Ormsby reviewer Trevor Hancock agrees that the more is spent on heath care, the less attention is paid to “housing, education, poverty reduction, social services, and clean energy to the detriment of the health of the people they are there to serve.”

True wellness goes far beyond medical care. “Rather than question the present system,” notes Hancock, “governments have generally chosen to place the emphasis — and the blame — on individuals and their ‘lifestyle’ choices. In doing so, they protect the power of a neoliberal system that promulgates an ideology of competition and a social Darwinist belief in the survival of the fittest.” — Ed. 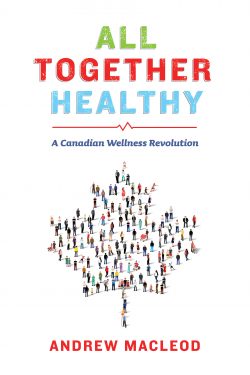 I am grateful to Andrew MacLeod for a couple of reasons. First, because he has written a clear, well researched, and readable book about health in Canada today and the decades-long failure of governments — in the face of clear evidence — to act in the public interest to improve the health of the population. And second, because he has saved me the work of writing this book, so I can focus on other books in the same general area.

While I have been a public health physician for forty years, and very engaged in all the issues he discusses, I nonetheless found this book an interesting and useful read. The author grasps an essential truth that eludes many politicians, members of the public, and even health care professionals: Health care is not the most important determinant of our health. Time and again, he situates the health problems we face in the wider economic, social, cultural, environmental and — ultimately — ideological context we inhabit. He makes it clear that improving the health of the population means addressing these wider system issues.

In doing so, he is reflecting the view of the US-based Institute for Healthcare Improvement, whose guiding principle is that “every system is perfectly designed to achieve the results it gets.” While intended to help improve patient safety and quality care within healthcare systems — not that health care in Canada today is a system, a point he addresses in Chapter 2 — this concept also applies to the wider societal system. As MacLeod makes clear, we have a societal system in Canada today that is perfectly designed to create poverty, inequality (especially with respect to Indigenous people), homelessness, stress, unhealthy beginnings, and unhealthy behaviours that result in higher rates of physical and mental illness and premature death than are necessary.

For that reason alone, not to mention the wealth of information that he pulls together — plenty of data and facts, leavened by stories and interviews — I would recommend this as required reading for every medical student and MPH student in their first term of study, not to mention all current or aspiring ministers of health and their political and policy staff, who usually lack a background in population and public health. It would make them much more humble about the effectiveness of much of the health care system, and much more cognizant of the real determinants of health. 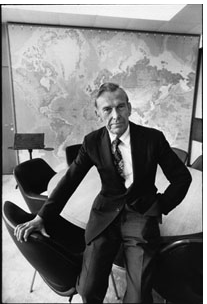 On top of that, all finance ministers and their staff should read it, because they are basically being fleeced by what Dr. Halfdan Mahler, Director-General of the World Health Organization from 1973-1988, called “the medical-industrial complex” (see especially MacLeod’s chapters 3 and 11)[1]. Finally, all Premiers, their Cabinets, and central offices should read it because, as Andrew MacLeod makes clear, their spending priorities are being distorted by prioritizing medical care. This reduces spending on other, more important determinants of health such as housing, education, poverty reduction, social services, and clean energy to the detriment of the health of the people they are there to serve.

These are known as the social determinants of health, and in the opening chapter MacLeod recounts the history of the development of these ideas in Canada, which was a global thought leader for many years. But ultimately it is a rather depressing story (although he does find some room for hope in his final chapter) because, while the evidence of the importance of these broader determinants of health was known to governments more than forty years ago, successive governments chose to ignore the evidence. 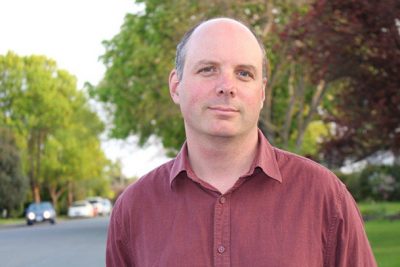 Instead, rather than question the present system, governments have generally chosen to place the emphasis — and the blame — on individuals and their “lifestyle” choices. In doing so, they protect the power of a neoliberal system that promulgates an ideology of competition and a social Darwinist belief in the survival of the fittest.

In the first few chapters, MacLeod explores a number of contemporary health issues, including the health consequences of poverty and inequality (not quite the same thing), mental health and addictions, homelessness, the health of Indigenous people, and environmental problems such as climate change and pollution.

With respect to the latter, as someone who has been deeply immersed in the relationship between the environment and health for many years (among other things, I co-founded the Canadian Association of Physicians for the Environment), I find that MacLeod has fallen prey to a common population health problem — focusing on the social determinants of health but largely ignoring the ecological determinants of health. 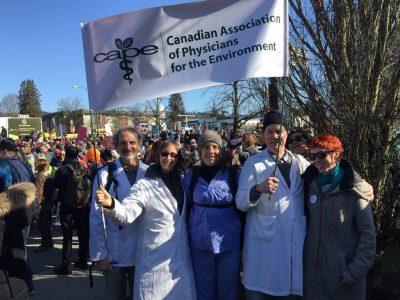 To his credit, he does touch on these issues, but as the most fundamental determinants of health (where would we be without air, water, food, materials, fuels and — for the past 11,000 years — a relatively warm and stable climate?), we all need to pay much more attention to our natural ecosystems, and the way in which ecological change is being driven by the same flawed economic ideology that delivers poverty, inequality, and the diseases of despair. Indeed, poverty and global ecological change interact, in that it will be the poor and marginalized the world over who will be the principal victims of climate change, pollution, and resource depletion that are largely driven by high-income people and countries.

In the final four chapters, MacLeod turns to the “so what?” — what do we need to do? He chooses — largely correctly, in my view — to focus on early child development and the need for a healthy beginning, which lays down a pattern of good health for life; poverty reduction and problems with the prevailing economic system; and the predominance of the biomedical and health care understanding of health. In his final chapter, he advances a rights-based argument for addressing the broader determinants of health — quoting author and doctor Paul Farmer that “Rights violations are … symptoms of deeper pathologies of power” — and argues for the need to reorganize our economy and our society to focus on health and wellbeing. 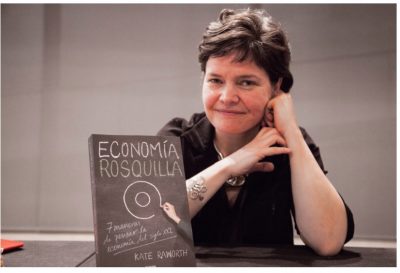 But while I commend him for looking at the potential health benefits of a guaranteed annual income, a more collaborative rather than competitive economy and better ways than the GDP to measure progress, this is an area where I feel he does not go far enough. Extending the work of Herman Daly on the concept of a steady state economy, authors such as Kate Raworth (“Doughnut Economics”), Rob Dietz and Dan O’Neill (“Enough is Enough”), and the Wellbeing Economy Alliance are arguing for an economy that can “meet the needs of all within the means of the planet” (Raworth). This is THE population health challenge of the 21st century.

There is a palpable sense of outrage in Andrew MacLeod’s writing, as indeed there should be, that we — and governments in particular (and their corporate partners) — have known all along how to create a more just society and a healthier population, but have failed to accept and act on the evidence. This decades-long pattern of denial and “ignore-ance” is due to the recognition that to accept the evidence would have meant questioning the way our society and economy work, the power of those that profit from the way the system works, and the underlying values that drive them.

But as MacLeod also points out, there is a low public awareness of these broader determinants of health (a collective failing of my own profession; we have failed to communicate well with the public on this), and thus no real constituency to support the needed changes — something this book seeks to redress. Andrew MacLeod has made an important contribution to the societal conversation that we need, because as a nation we could, and we should be, a lot healthier than we are. 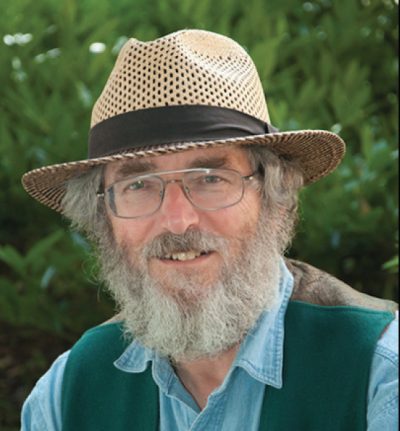 Dr. Trevor Hancock is a public health physician and health promotion consultant. For more than thirty years he worked as a consultant for local communities, municipal, provincial and national governments, health care organizations, NGOs, and the World Health Organization. He is one of the founders of the (now global) Healthy Cities and Communities movement. He recently retired from his position as a Professor and Senior Scholar at the School of Public Health and Social Policy at the University of Victoria. He co-founded both the Canadian Association of Physicians for the Environment (CAPE) and the Canadian Coalition for Green Health Care. From 2012 to 2015, he led a CPHA workgroup that resulted in a comprehensive Discussion Paper on the ecological determinants health (May 2015). He was made an Honorary Fellow in the UK’s Faculty of Public Health in 2015. In 2017 he was awarded the Defries Medal, the Canadian Public Health Association’s highest award, presented for outstanding contributions in the broad field of public health. 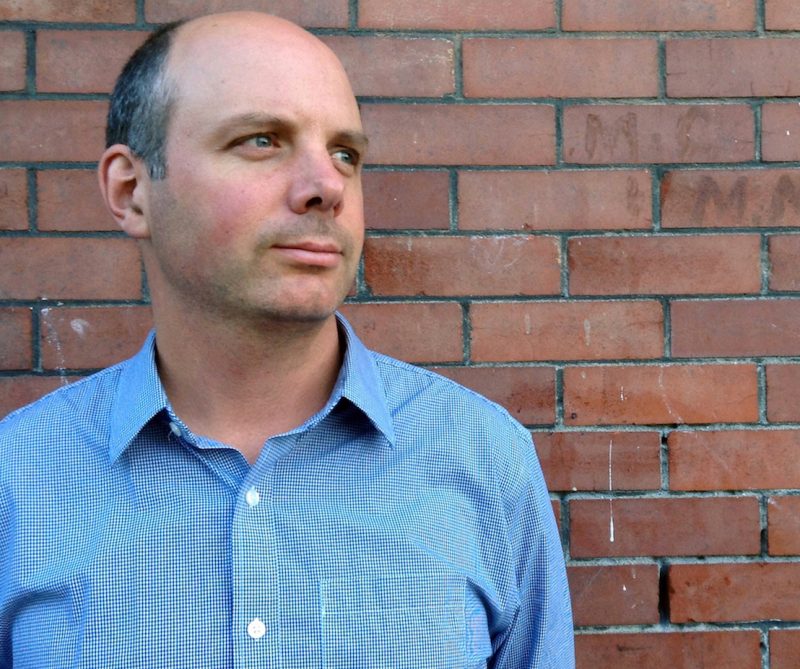