First published Jul. 3, 2018.
“Buying this book for a Zappa collector would be akin to gifting a dictionary to an aspiring writer, or Gray’s Anatomy to a medical student.”

The Big Note: A Guide to the Recordings of Frank Zappa 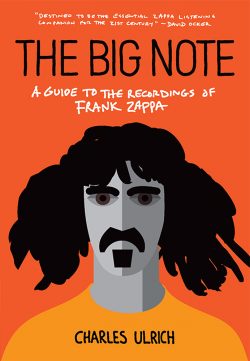 I don’t consider myself a Zappa collector. On a scale of one to ten, my level of fandom is around 7.5, though it reaches ten during some guitar solos. I own ten of his LPs, under a dozen CDs, and a few bootlegs.

In some circles I’d be considered an extreme fan. In Zappa circles, where there’s 100+ official releases (hundreds more if re-mastered re-releases are included), I’m merely the average, bystander fan. I mean, how many versions of “Black Napkins” does a guy really need? Apparently — a lot! And now I’m curious to hear all the others listed in this definitive guide to Frank Zappa’s musical output from 1966 until his early death in 1993.

In addition to Charles Ulrich’s lengthy introductory section, which also has a bit of a “how to” on deciphering The Big Note: A Guide to the Recordings of Frank Zappa, each album has been listed alphabetically with bootlegs finishing it off. When it came to looking up all the Zappa LPs I own, the alpha listing certainly made quick work of finding their place in the book. With Zappa and most artists with extensive back-catalogues, my brain works chronologically, so I appreciated that it was listed in the back of the book, followed by an unbelievably lengthy song index.

The notes on recording sessions are extraordinary. The technical information is only one aspect included. Performer details, personal dramas, lyrical references, and sometimes historical context play into each section, as well as sidebar interviews and bios of selected players, which also have their own index at the back.

Given Zappa’s soured opinion of journalists and how they misrepresented him, it’s a treat to read so many quotes from him directly related to Ulrich’s vast enterprise. Interspersed throughout, Zappa’s own words play well into Ulrich’s text and give excellent context.

One of my favourite albums, Over-nite Sensation (1973) immediately gave up the goods in Ulrich’s assiduous treatment. Among much else, I learned that Tina Turner and the Ikettes performed on the album without credit, at the request of Ike Turner, who insisted that Zappa pay them each $25 per song, which was Ike’s rate for them. In the end Zappa paid them $25 per hour at the recording session.

There was much material for Ulrich to compile from Zappa’s career as a composer, bandleader, lyricist, and overall large personality, but it never gets boring; in fact, quite the opposite. Reading through the individual song details is fascinating. While some were recorded right off the floor, most came to life in pieces and in a multi-layered — more like multi-multi-multi-layered — fashion. Zappa then utilized his outstanding and patient editing skills to stitch together the ideal version for release.

I hadn’t realized how much editing went into many of my favourite tracks, which then appeared years later on live albums sounding insanely complicated in performance — and rightly and inevitably so.

The Big Note is not only for Zappa fans. Musicians of all genres will benefit from his approach to creating complex arrangements with uncommon devices and instruments. Xenochrony, polyrhythms, Lydian melodies, and other uncommon time signatures — sure, I can dig it; but when we get into Electro-Wagnerian Emancipators and Pignoses, I start to wonder if the casual reader might be interested in any of this. But would anyone other than Zappa and music fans be reading such a hefty brick of a book anyway?

As a non-musician but appreciative listener, I encountered a lot of terminology that I don’t understand, and wish I did. But this is what search engines are for. I admit to checking many references while reading this reference book.

I also ended up shopping around for more Zappa material to satiate my yearning after some inspired reading. Three days into reading I bought Zappa’s first album, Freak Out! (1966) because it concerned me that it wasn’t in my collection of 2,000+ LPs/500+ CDs. I realized a couple of days later that my crappy cassette tape of Hot Rats (1969) wasn’t good enough, followed by Cruising with Ruben & the Jets (1968) because, well — why not?

The Big Note should come with a warning that purchasers are entirely likely to buy more albums by Frank Zappa and the Mothers of Invention even before they’ve finished reading it. By the time I’d drafted this review and read the passages on the corresponding recordings, I’d also bought Burnt Weeny Sandwich (1970) and Imaginary Diseases (2005; recorded 1972) for all the glorious instrumentals they contain.

Frank Zappa created and unified his creative life into what he termed “Project/ Object.” Everything from his musical compositions and lyrics – including the recurring characters created within them, the dissemination of it all through recordings, films, performances, and other avenues — all formed Project/ Object. Everything he did was linked somewhere in its process. The Big Note illuminates how effective Zappa was in connecting his life’s work into one massive and impressive conceptual project.

Having sold more than a few albums in my time from the front counters of record shops, I can say without a doubt that The Big Note hits every mark from every conversation on the floor with clerks and shoppers alike. Buying this book for a Zappa collector would be akin to gifting a dictionary to an aspiring writer, or Gray’s Anatomy to a medical student. The details within these pages are vast and no one could absorb all of them – though thankfully Charles Ulrich did. As a book to take in before bedtime it gets painful at almost 800 pages. But as a reference tool – wow — absolutely wow!

From that record shop floor I recall a few Zappa-centric debates that could easily have been settled with The Big Note. In fact, for those record shops still in operation, this is an absolute must-have book to have at hand. Forget the baseball bat under the counter, this volume would decide all arguments with its information.

Derek von Essen has created an extensive body of work merging graphic arts, photography, painting, and mixed-media assemblage for visual communications specializing in fine arts, dance, theatre, music, film, and publishing projects. He has facilitated artist workshops, sat on various panels and juries, has a lengthy exhibition history, and his work is in several international collections. His recent book of photographs, No Flash, Please! Underground Music in Toronto 1987-92 (Anvil Press, 2016) isn’t on any bestseller lists, and though his work has won absolutely no awards, he’s been favoured on numerous Honourable Mention lists — and he’s fine with that. He now lives near the beach and among the trees in Roberts Creek, B.C. 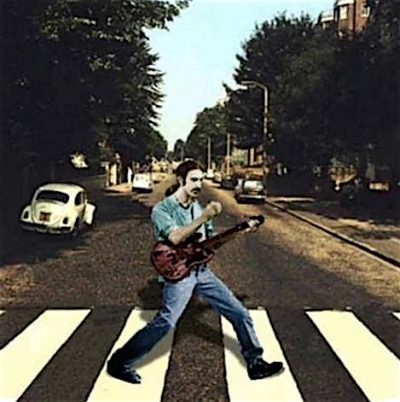 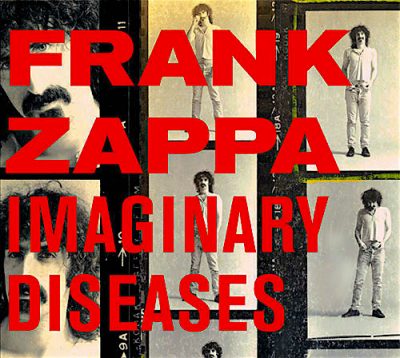