In 1947, Albert Camus published La Peste (The Plague), sometimes called his “resistance novel.” Set in the Algerian coastal city of Oran, it channelled his experiences during the German occupation of France into a fiction about a community in the grip of a deadly epidemic.

Seven decades later, Kevin Chong pays homage to Camus in The Plague (Arsenal Pulp $19.95) by replicating the dramatic structure and some of his characters in a novel that takes place in “Vancouver, Canada in the near future.”

Like the earlier work, Chong’s new novel starts with the appearance of a few dead rats. Their number rapidly increases, and before long the deadly bacillus bacteria spreads to the human population.

A brief period of calm follows as civic officials issue false reassurances until the extent of the danger can no longer be concealed. A quarantine is then imposed with road blocks set up on all highways and bridges, trapping everyone within the immediate metropolitan area.

This epidemic lasts for four months and takes over 1,400 lives.

Chong’s novel follows three main characters—Bernard Rieux, a doctor; Raymond Siddhu, a journalist who is prevented from returning to his wife and small sons in the suburbs; and Megan Tso, an expert on funerary rites from Los Angeles, stranded during a tour to promote her book, The Meaning of Death. As their lives become entwined, a cast of minor characters includes their families and friends, as well as the city’s mayor, a smooth-talking, telegenic, former Rhodes scholar.

It’s up the reader to decide the extent to which Chong is intending to draw direct parallels to world class Vancouver.

Everyone marooned by the disease is completely changed. One group forms a bond to relieve the suffering of their neighbours. Others devote their energies to escape plans, or devise ways to profit from the situation by smuggling people out and scarce commodities in.

The mayor, whose polished exterior has been demolished by the exposure of his scandalous past, is one of the few who is redeemed by his first-hand exposure to suffering.

Chong’s novel is a compelling work of storytelling, which stands on its own feet, quite independent of Camus’ work. At the same time, a familiarity with the source adds another dimension of complexity. Despite a long history of literary borrowing, this practise is not universally appreciated.

While a novel about a character in a classic work by Charlotte Bronte, Dickens, or Henry James is treated respectfully, the extensive use of structure and plot is suspect. When Graham Swift’s Last Orders won The Booker Prize, he was accused of plagiarizing Faulkner’s As I Lay Dying. Earlier this year a New Yorker story that replicated Mavis Gallant’s story The Ice Wagon Going Down the Street caused a flurry of angry letters.

Jane Austen seems to be the current favourite for clumsy riffs. Of course, much depends on whether the execution of the second text is skilful or weak. As T.S. Eliot noted, a good writer improves or at least makes different what he borrows.

Chong’s novel illustrates the innovative use of a classic text at its best. One of the striking features of Camus’ novel is the distinctive voice of his narrator: a conscientious witness of a great tragedy, striving for reportorial objectivity but often ironic. Chong echoes the tone; his narrator becoming at times admonitory as he cautions, “Don’t misinterpret [the characters] as archetypes.”

On another occasion, he provides a mock trigger-warning to those who might be traumatized by the harrowing description of a child’s gruesome death: “We therefore kindly invite those who might feel most sensitively about this material to either skip the remainder of this chapter or read it at arm’s length.”

Camus’ trademark sense of the absurd is evident in his description of a municipal clerk who is an aspiring writer, unskilled but obsessive. As tragic and heroic events unfold around him, he endlessly polishes the first sentence of a novel set in an exotic place he has never seen. Chong, likewise, has a would-be author who gets no further than the endless revision of an opening sentence.

Chong provides a new perspective on Camus’ characters and incidents by transposing them into a different context. Sometimes similar details spark totally divergent situations, as do the following notes pinned to an apartment door.

Chong’s character named Farhad Khan: “I have killed myself. Call the police. You do not need to see this.”

Both these two aforementioned characters find a nefarious purpose during a time of universal devastation. When normalcy returns and derives them of their new-found purpose, they become deranged and violent. Yet these two, fully-realized characters have little personal resemblance to each other. Coming from different ethnic backgrounds, they have individual histories and their own eccentricities and speech patterns. It’s just one example of how Chong’s novel manages to be similar but also different.

Whereas Camus pays little attention to the Arab population of his city, or to the dispossessed, Chong is sensitive to issues of ethnic and gender diversity, extending his cast of characters to include more women.

At the same time, he casts a sharp critical and/or satirical eye on foibles of his own time such as the tourist industry promoted by the Chamber of Commerce and the by-now de rigeur authors’ book tour.

Chong’s novel shows that for all the long and chequered history of literary borrowing, it can still lead to a rediscovery of the original text, as well as yielding an independent work that is fresh and compelling.

The total effect of all these parallels and divergences is to set up a kind a dialogue between the two novels. Since Chong is writing in a later age, his variations act as a two-way critique of then and now. For instance, while both novels are set in colonized places, Chong’s greater awareness of this fact is made clear in his opening, possibly tongue-in-cheek sentence:

“The remarkable events described in this narrative took place in Vancouver (traditional territories of the Musqueam, Squamish, and Tsleil-Waututh First Nations) in 201…”

Joan Givner, now based in Victoria, is the author of numerous biographies and novels. 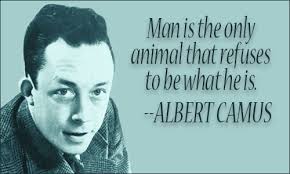