Helicopters have been and remain a romantic and unlikely marriage of technology and human aspiration; and it is really only in the last few decades that this union has given helicopters a vital role in resource development, transportation linkages, information gathering, and more.

In Vertical Horizons, Douglas Grant has compiled a detailed narrative of the role of helicopters in the hands of the corporate dreamers of British Columbia’s Okanagan Helicopters Ltd. While the book does a great job of exploring the company’s history, it cleverly tells a parallel story of technological innovation, pioneering tenacity, and hard work by pilots, engineers, and corporate management. The author gives ample credit to them all. 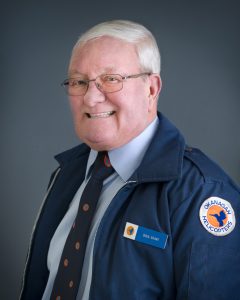 Grant brings the helicopter story to life in two parts. The first relies on what every good historian uses — lots of pertinent and original source material. He goes beyond this, however, and enlivens that story with a fresh and exciting collection of personal reminiscences. His vignettes give a clear sense of the high risks at stake, both physical and corporate.

The early pilots and their crews lived on the edge with every flight, it seems, but their strength of character and bravery took them successfully through to their next flight jobs, which stretched their limits even more.

The first part of the book lays out just how tenacious these early aviators were in pushing their dreams forward. At every turn, Okanagan Helicopters seemed to move in a fragile way from contract to contract as it struggled to make money and stay afloat. In many cases, these early attempts at using helicopters for many kinds of airborne work led to innovations in technology and to flying techniques that helped solve the difficult and peculiar challenges of flying in a mountainous land. 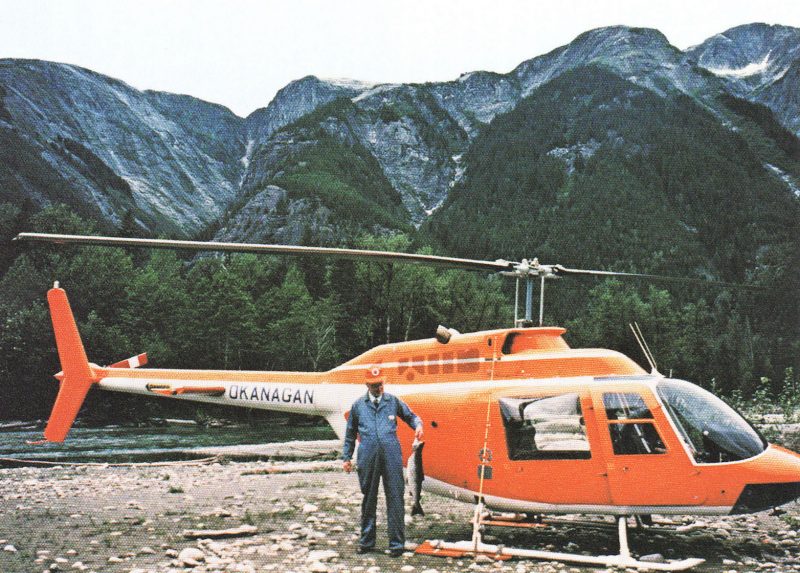 Given that the company’s early cowboy helicopter flying was based so much on a pattern of trial-and-error, I am surprised that there were not more tragedies. So successful was their unconventional and pragmatic approach that by the mid 1950s, Okanagan Helicopters was the world’s largest commercial helicopter company. 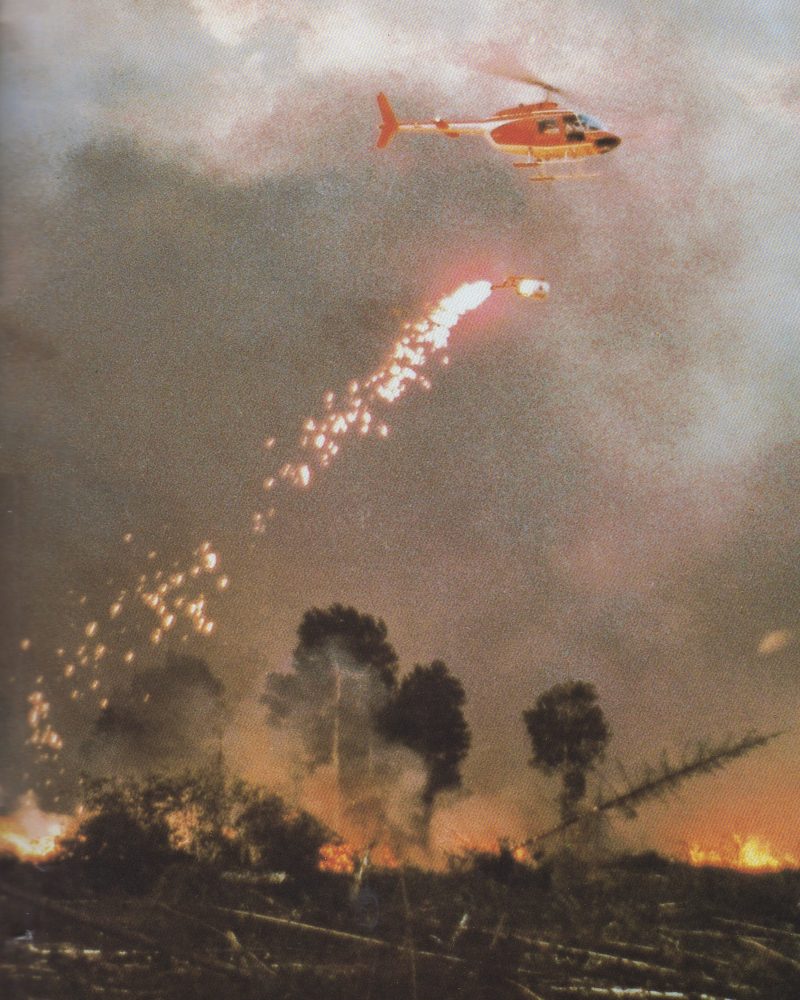 In the second part of Vertical Horizons, beginning in the late 1970s, Grant adds his own voice to the chronology. As a specialist in avionics for the company, he intrudes an autobiographical treatment into the storyline. While he continues to bring in other voices and reminiscences, his own participation makes the story all the more compelling as he introduces pilots and crewmembers he knew, the corporate changes he lived through, and describes other innovations he experienced firsthand.

From the late 1940s to the late 1980s, Okanagan Helicopters moved its unique flight technology from proof-of-concept squarely into the mainstream of transportation and resource exploration. Grant was in the thick of it for the company’s final decade. 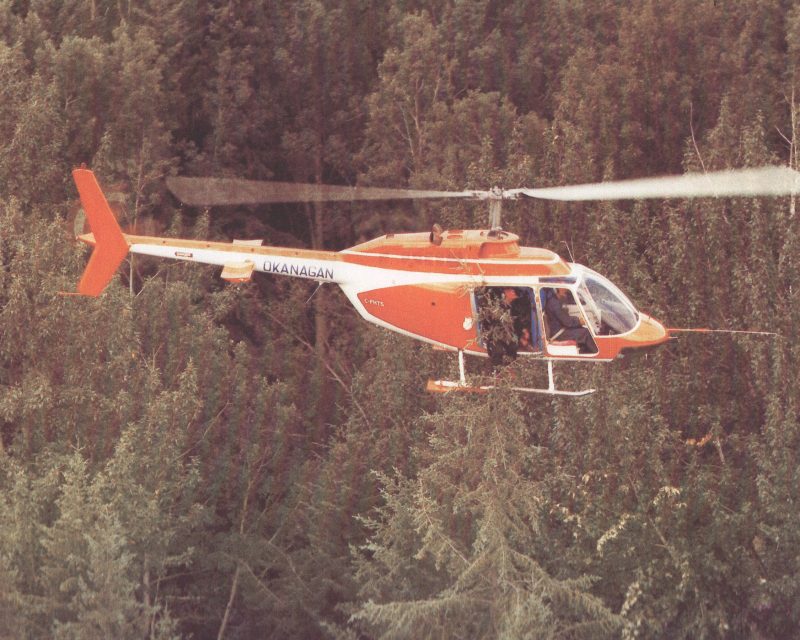 Picking pine cones for BC Forest Service with a Bell 206. Okanagan Helicopters photo.

Vertical Horizons reads a bit like a layout for a documentary film. It moves smoothly and chronologically through the years, but Grant humanizes the storyline with a generous collection of stories of heroism, personal sacrifice, clever business moves, and humour that has stood the test of decades.

For those interested in the finer detail of the story of Okanagan Helicopters, Grant adds lists of pilots, crews, and staff, helicopter inventories, flight bases across Canada, and a glossary.

British Columbia’s flight pioneers played a critical role in bringing helicopters into the transportation mainstream. Vertical Horizons does a fine job of putting faces to the company’s story and pushing it far past staid corporate history.

Despite its 256 pages, this is a book to savour rather than to rush through. 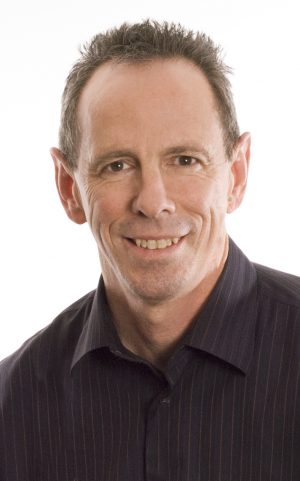 Born in Lillooet in a house built by his father from creosoted railway ties, K. Wayne Wilson writes: “I have worked as a cowboy, truck driver, lounge singer, purchasing agent, college professor, film and talking book narrator, and at many other jobs. I spent most of my career, however, in the Museum field and loved every day of that work.” He began at the Kelowna Museum in 1978 and ended there as Executive Director of the Kelowna Museums Society, 2000-2012. Along the way, he earned his B.A. and his M.A. in Historical Geography at UBC (1989) for his thesis, “Irrigating the Okanagan: 1860-1920.” In his ten years at Okanagan University-College, he taught the Regional Geography of Canada, the Regional Geography of British Columbia, and the Historical Geography of British Columbia. Wayne is now Executive Director of the Central Okanagan Land Trust, whose mandate is to secure and protect natural landscapes and wildlife habitats for public parks and wildlife in a rapidly urbanizing region of B.C.