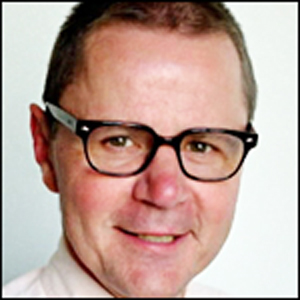 The first terrorist killing  in B.C. happened in 1924.

The Kettle Valley train was on its daily run west through the mountains from Nelson, on the leg from Brilliant to Grand Forks. It was only about 100 kilometres, but the steam engine hauled the train at less than thirty kilometres per hour—much less on the steep uphill grades.

It was just before 1:00 a.m. on October 29, 1924. Passengers were dozing, or sleeping, the pine forests rolling by in the dark, a skiff of snow on the ground.

“Lordly”—Peter Verigin, the powerful, charismatic head of a large Doukhobor community—was sitting halfway down Car 1586, a first-class coach, on the right side. Beside him, at the wiiwindow, sat seventeen-year-old Mary Strelaeff, his constant travelling companion.

Another nineteen people were scattered around the car, taking occasional breaks in the small enclosed smoking cabin at the rear.

Some of them stirred as the train stopped for eighteen minutes at the Farron Summit. It took on water and added a café car to the six-car train before starting the downhill run toward Grand Forks. It was a dark night, the moon a sliver.

Four minutes after leaving Fallon, Car 1586 exploded. Bodies and debris flew into the night, and a fireball swept through the car. Brakes shrieked as the train shuddered to a halt.

Conductor Joseph Turner had just passed through the coach and into the baggage car. The blast blew its door off, sending it hurtling almost the length of the car and showering him with broken glass.

Verigin, McKie, and two others died instantly. Four people were grievously injured and loaded into the sleeper car and rushed to Castlegar, a jolting, nightmarish trip. Two died en route; the other two once they arrived. Another eleven people were treated for injuries.

The blast was tremendous. Cst. G. F. Killam of the British Columbia Provincial Police was the first officer on the scene the next morning. The coach was still smouldering, “with nothing but charred embers and ironwork remaining.”

One body burned almost beyond recognition rested against a rear wheel of the car.

Hakim Singh, who had been sitting at the rear of the car, was found without his head, a chunk of his chest, and his right arm. His missing arm was found almost eleven metres away.

Verigin was face down, “with a considerable number of wounds … but easily recognizable.” His body had been tossed about eight metres by the blast. McKie’s corpse was thrown seven or eight metres beyond Verigin.

Pieces of the coach had been blasted ten metres up the mountainside, and clothes and baggage were strewn all around the area.

Police and Canadian Pacific Railway investigators concluded almost immediately that a bomb had caused the explosion. As they picked through the wreckage, they found bits of a clock and dry cell batteries—a possible detonator.

But who planted the powerful bomb? Peter Verigin was the obvious target, but he had a long list of enemies, inside and outside the Doukhobor community.

To many Doukhobors, Verigin was saintly. He wielded immense personal power. He was six feet tall, good-looking, with a better education than most of the community. With his slicked-back dark hair and full black moustache, he was an imposing figure who accepted his right to rule over the faithful.

But not everyone agreed. A small but fierce Doukhobor faction dubbed the Freedomites thought Verigin was embracing modern ways—like mechanized farming—and becoming too materialistic. At public protests, they stripped naked to show their disdain for possessions, a gesture not well received in small communities.

More dangerously, the Freedomites had burned schools and the homes and barns of neighbours who they thought had strayed from the faith. Just six months earlier, Verigin’s summer house and office at Brilliant, just across the Columbia River from Castlegar, had been torched.

Doukhobor communities were also having increasing conflicts with governments and their neighbours.

About 7,500 Doukhobors had been welcomed into Canada in 1899, part of Interior Minister Clifford Sifton’s plan to populate the West.

The Doukhobors needed somewhere to go. Their commitment to communal living and pacifism and their rejection of the authority of established churches and the state infuriated the Russian government. Their refusal to serve in the military was a particular irritant, and they faced increasing persecution. Advocates like writer Leo Tolstoy championed their cause.

When Verigin suggested emigration as a solution, the Russian authorities were quick to agree.

But the initial Canadian welcome had grown chilly. The First World War had brought suspicion of anyone not of British origin. The Doukhobors’ refusal to fight made them a particular target. Businesses in neighbouring communities feared competition from rapidly expanding Doukhobor enterprises. And there was simple prejudice.

Governments were also becoming troubled by the independence of the Doukhobors—their refusal to swear allegiance to the Crown or to send their children to public schools (or often, to any schools). Public education was a tool of assimilation, and the Doukhobor boycott undermined the government’s agenda.

Theories about the explosion abounded. Verigin had initially supported the revolutionary government in Russia, and even discussed the Doukhobors’ return. But he became increasingly critical of Vladimir Lenin. Some in the Doukhobor community saw a Russian plot behind the bomb.

Others suspected Verigin’s son, Peter P. Verigin, of masterminding the blast to clear the way for his own ascension to power. He did eventually succeed his father.

And still others remain convinced the blast was simply an accident. Rail safety standards were low, and people in rural communities thought nothing of boarding a train with the explosives bought to clear their land or explore a claim.

The bomber—and it was almost certainly a bomb—was never identified. But the loss of Verigin dealt a major blow to the Doukhobors. The community was weakened by leadership disputes, and government pressure intensified. The Freedomites attracted more supporters, and became enmeshed in decades-long conflicts with government and neighbouring communities.

And the deaths of Peter Verigin and seven other people on that October night remain unsolved.